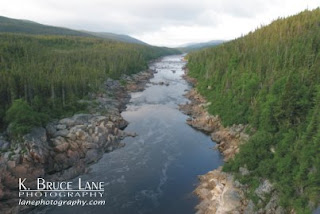 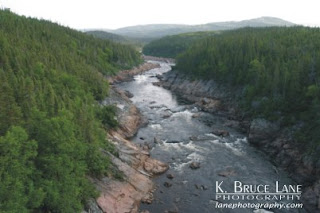 Yesterday's photos and your comments have determined my choice of images for today. One of you emailed to let me know that in the 1950's their father worked on the bridge that crossed the Pinware River. Another person had lived in Labrador and had used the wharf in yesterday's photos. He also shared that he was one of the first people to cross the new bridge on the Pinware River. He thanked me for the memories evoked by my photos.
Today's photos show two views of the Pinware River that I took from the bridge they spoke of. I created a gallery with 6 photos and you can find them at:
http://lanephotography.com/labrador/pinware_river/pinware_river.htm
There was also a comment on my Blog and when I was responding to it I thought it would be nice for you guys to read the comments of others. Blog comments are added below the text and are visible to all visitors. For example, when I send out a survey and share the results on my Photo of the Day, I am the only one that sees the original comments. On my Blog, they would be recorded and others would be able to respond at any time.
What I am suggesting is that people who would like to share comments, stories or how they react to a particular photo can do it on the Blog, the link to which is always found near the bottom of my daily photos. Something for you guys to think about.
at December 04, 2008 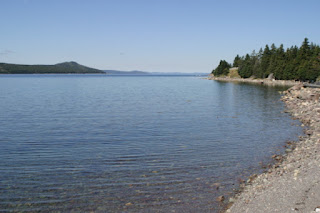