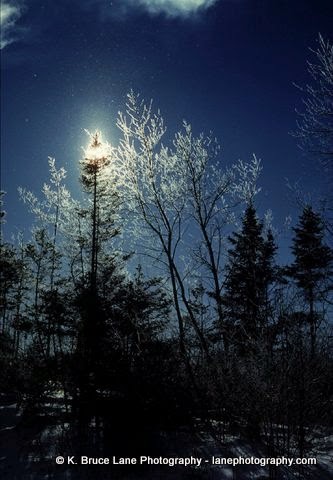 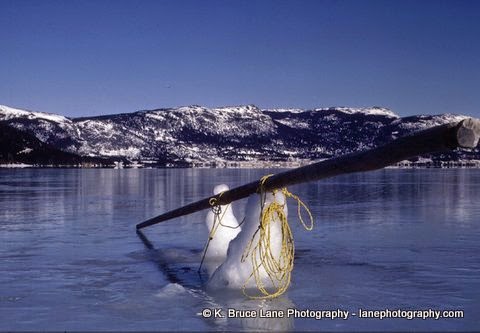 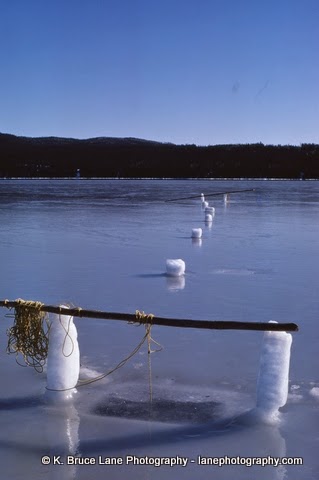 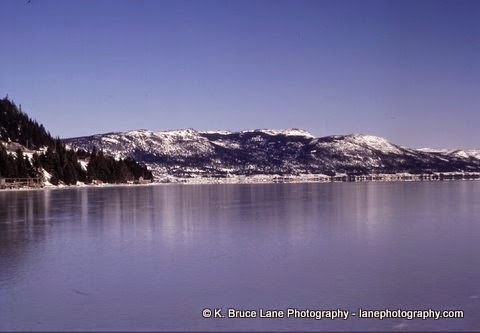 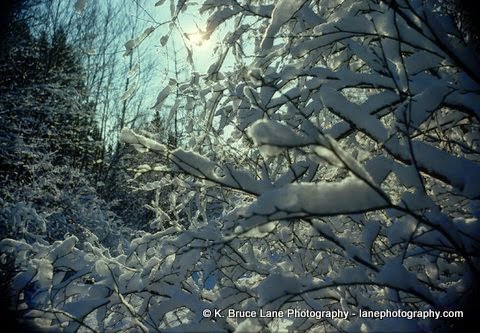 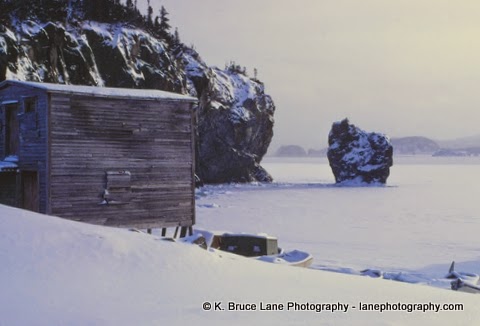 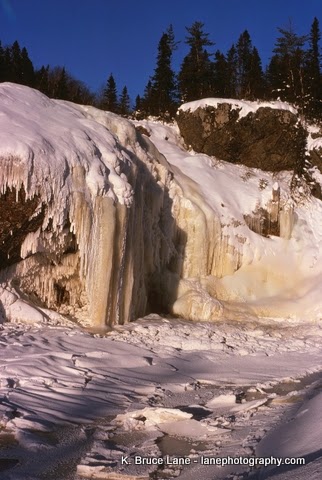 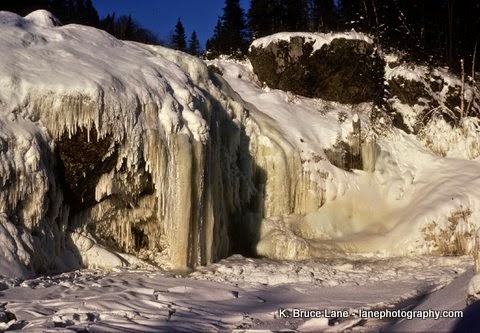 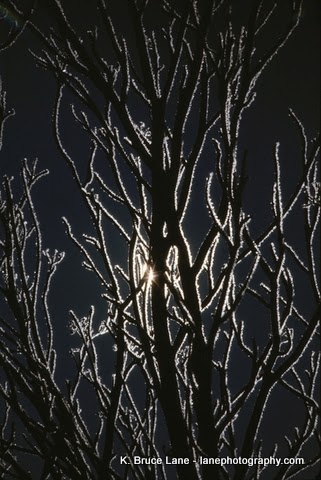 Today's photos were taken on Kodachrome slide film in Central Newfoundland when I lived there in the 70s.

The first two photos were taken on a bitterly cold morning near the Exploits River in Grand Falls.  It was so cold that frost was falling out of the clear blue sky like snow and covering the twigs and branches of the trees.  I shot directly into the sun to capture silhouettes of the trees while emphasizing the white frost on the branches.

The next three photos were taken on the ice of Southwest Arm in King's Point, Green Bay in 1973.  I noticed the ice block with sticks and rope and walked out to photograph it.  I discovered that the rope went into the water at both ends and figured it went all the way under the ice.  Another day, I saw a man working there and went out to ask him about it.  He was hauling a herring net that was under the ice.  I photographed the whole process in B & W and later accepted an invitation to the man's home for a snack.  Some day I will find those negatives and scan them.

I liked the snow on the branches in Beothuck Park near Grand Falls-Windsor and stopped to make this photo. Again, I shot into the sun to emphasize the snow.

The next photo was taken in Harry's Harbour in 1973.  I remember that it was a bitterly cold morning, but I managed to get a few very nice winter of the community that day.

The next two images were taken during a snowshoe hike to Leeches Brook (later renamed to Thunder Falls).  I remember walking out on the ice to get a better shot and stopping immediately because the ice didn't feel very safe.  It wouldn't be good to fall through the ice because the river was flowing very fast under the ice and snow and a couple of hundred feet downstream was another waterfall just as high as the one shown here.

The last photo was taken near the Burntberry Motel on the Trans Canada Highway near Springdale.  When I took most of these photos I had only been taking photos for a couple of years and was experimenting with different techniques while trying to create interesting effects.  In those days I had to wit 2-3 weeks for my slides to be returned from the Kodak lab in Toronto so it took a while to see the images.


Photos of the Day are for sale as: 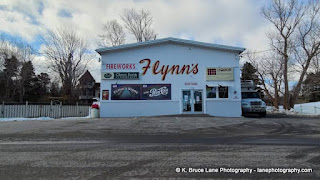