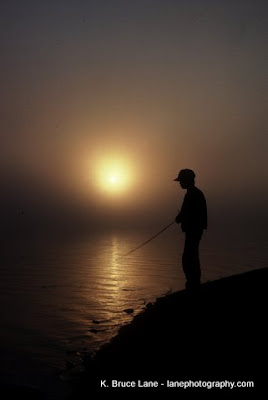 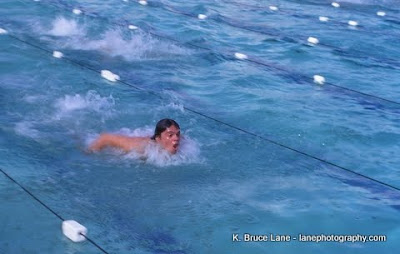 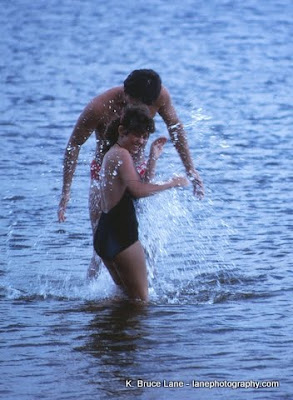 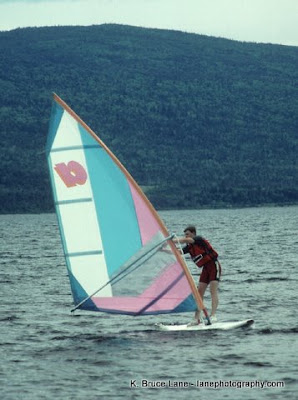 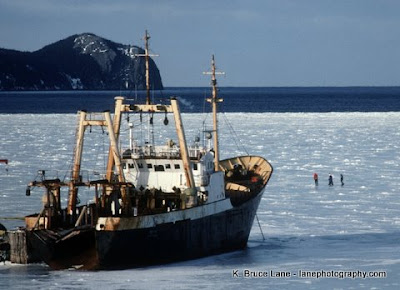 This morning I chose to share photos of youth that were scanned from my slide files. The first shows a young man who had gotten up early one summer morning in 1980 to fish on the Exploits River. I had gotten up early that foggy morning to make a few photos of the sunrise, and when I saw him fishing I knew he would be silhouetted and the resulting image would be strong. I made several images of him and two of them were published as covers of magazines and others used in brochures. I still really like this photo even though it was taken 31 years ago.

When I was an undergraduate at university I was a member of the varsity swim team and swam the butterfly stroke. In 1977, I attended a swim meet in St. John's and photographed the event for a local newspaper. In those days I had two camera bodies, one for b&w and the other for colour. Though I shot b&w for the newspaper, I did shoot a few colour images using Kodachrome slide film. I got this swimmer just as he surfaced for a quick breath of air.

In the summer of 1981, I saw these two youth playing in the water at Cochoran Pond Park near St. John's. The young man had just splashed his girlfriend and you can see the expression on her face when the cool water hit her. These people must be in their late forties today and they have no idea this image exists.

A young man tries a sailboard in Deer Lake on an overcast summer day in the early 80s. I often photograph people involved in sporting events and hadn't seen anyone windsurfing in Newfoundland and Labrador previously.

I was surprised to see four young men walking across the ice in Holyrood Harbour in the early 80s. I hadn't seen much ice in the harbour prior to that day and was worried that they would fall through. You can see the open ocean not too far from where they decided to walk across. I guess people take more chances when they are young.

Photos of the Day are for sale as stock photographs
and photographic enlargements.
They can also be purchased as slide shows
and/or wallpapers/screensavers.
at April 11, 2011