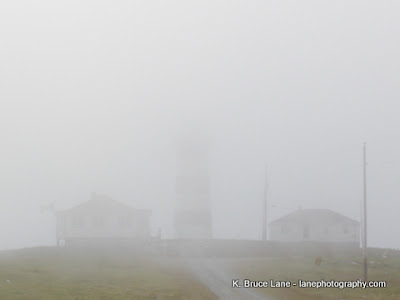 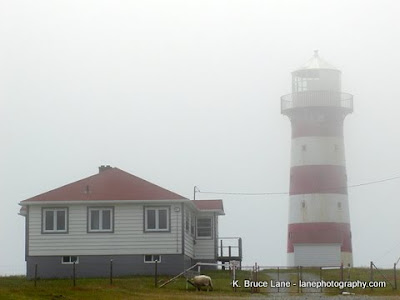 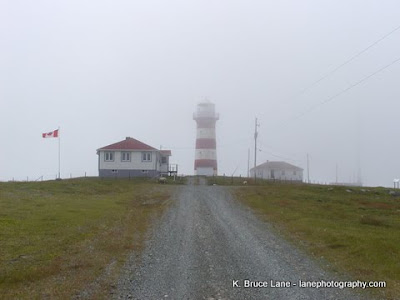 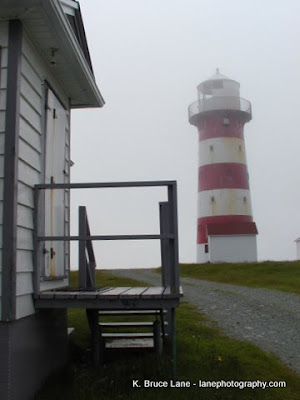 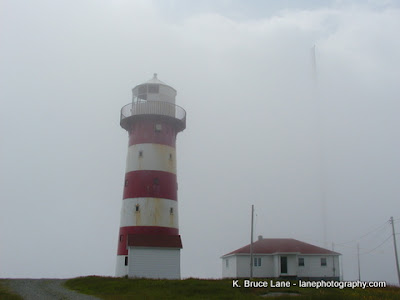 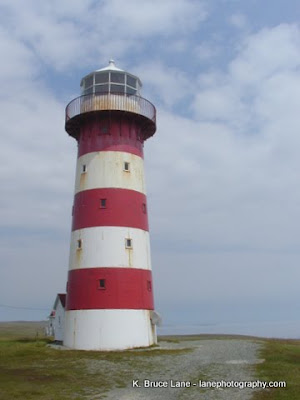 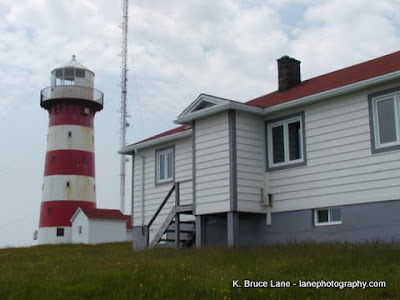 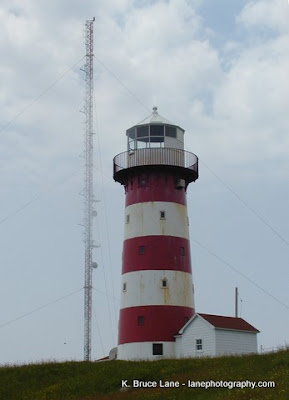 Today I am starting a Lighthouse series in response to a request from a member of this list. While I have shared photos of lighthouses previously, I will attempt to send photos that I haven't shared before. As you know, when I photograph a lighthouse, I always take many photos from a variety of angles so I have several images of each one.

Cape Pine Lighthouse is located near St. Shott's on the Irish Loop. I have photographed this lighthouse a few times as I searched for caribou on the barrens in the area. Today's photos were taken on a particularly foggy day, not unusual in that area of the Avalon Peninsula. As I approached the lighthouse the entire area was so foggy that only a faint image of the buildings could be seen. Then, because of a break in the fog, the sun came out and there was a little blue sky overhead. That lasted for only a few minutes but I was able to make a few photographs before the fog returned.

If you want to view other photos of this lighthouse, feel free to check my June 15, 2010 Blog Entry.

Photos of the Day are for sale as stock photographs
and photographic enlargements.
They can also be purchased as slide shows
and/or wallpapers/screensavers.
at April 25, 2011