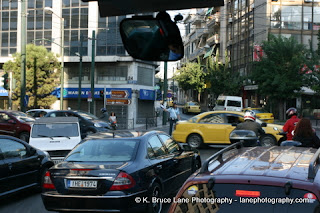 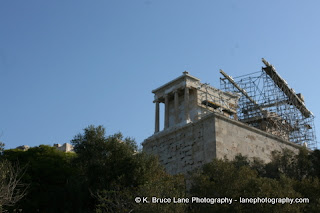 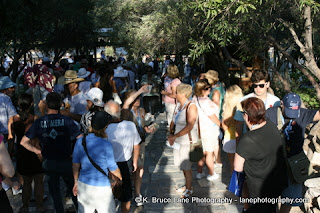 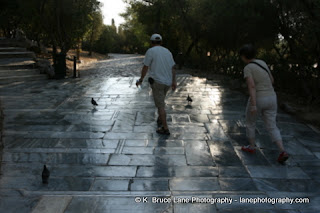 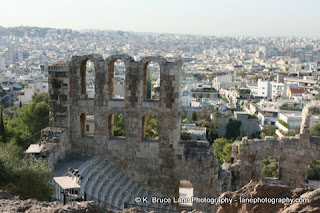 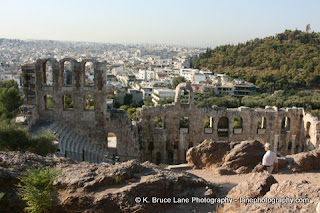 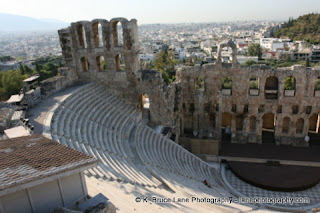 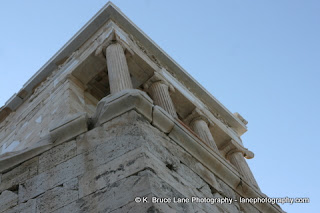 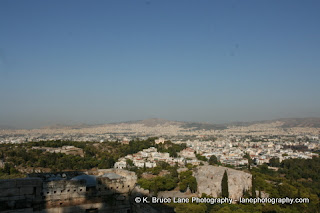 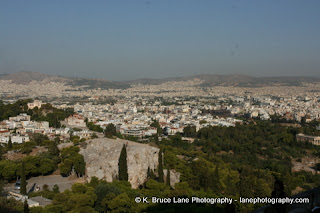 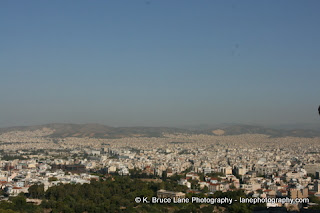 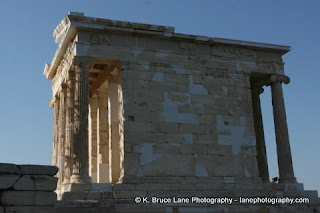 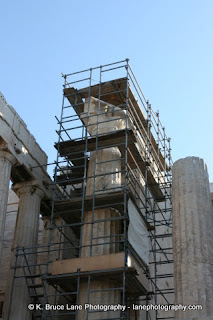 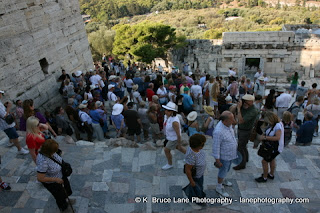 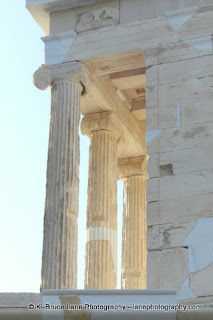 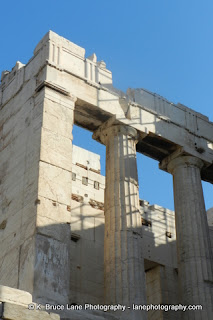 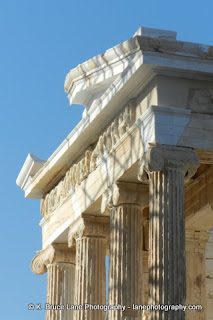 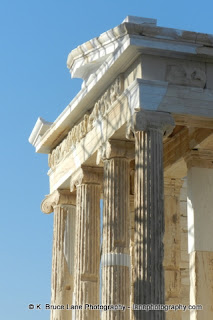 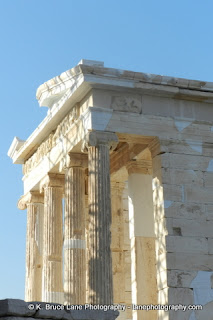 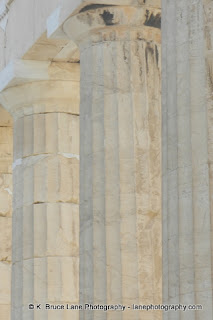 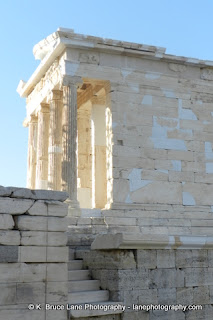 For days we watched the news from Athens showing images of people rioting in the streets, throwing bottles filled with burning alcohol, fighting with police etc. We had booked a shore excursion which took us to the Acropolis after which we could explore Athens for three hours on our own. I was a bit worried about the violence so I changed my tour to one that visited the Acropolis, then returned to the ship.

As we drove through the streets of Athens, the traffic reinforced the idea that I don't want to drive in the large European cities. I've included a photo taken through the bus window to show some of the congestion. Of course, those of you living in large cities are probably chucking at that, however, I am not used to driving in such traffic and will get nervous, especially when I would have no idea where I am going. Not being able to read signs doesn't help much either. I've driven in Toronto, Montreal, Vancouver, Miami, Tampa, Boston and several other large North American cities, but the cities in Europe seem a lot harder to drive in for some reason.

When I was a young boy, I watched several movies about the Greeks legends and their gods and never thought I would get a chance to visit the Acropolis. The most important buildings of the Acropolis of Athens were constructed in the 5th century BC. The fact that there have been many wars over the years and the building have been damaged several times. I was a little disappointed that there are cranes and scaffolding around. At first I tried to shoot around them, but soon realized it would be impossible. As you look at the images I will share for the next couple of days, you will realize that reconstructing these buildings is a never-ending job.

This morning I have uploaded photos of Roman ruins, people and a few of the entrance to the ancient city. Tomorrow I will share images taken after entering the Acropolis.

Newfoundland and Labrador
Link of the Day
Little Bay Islands 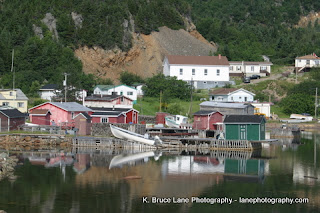