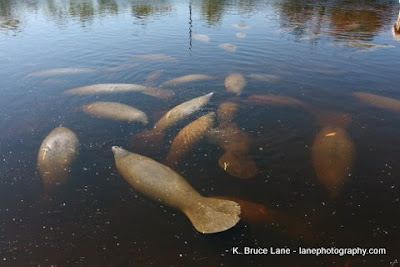 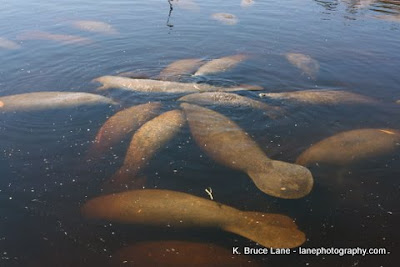 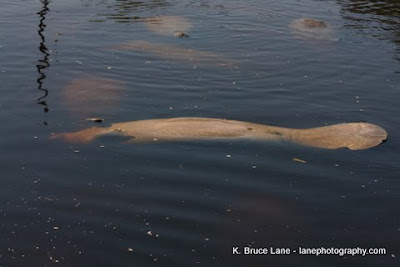 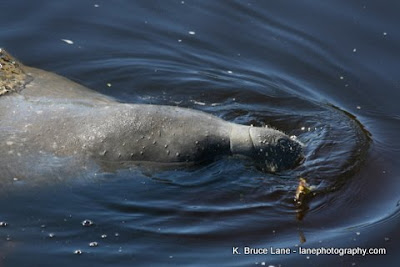 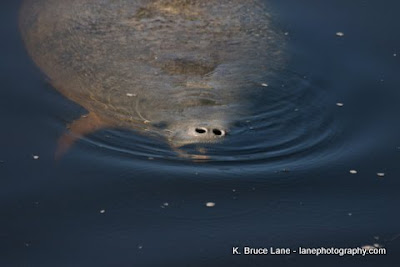 Happy New Year. I wish everyone a happy and healthy new year.

As I stated yesterday today marks the seventh anniversary of my Photo of the Day. It has evolved from sharing one image to three every day. In 2006, I started my Photo of the Day Blog, and that has evolved to uploading 5 images on the same photographic subject daily. The advantage of the Blog, should you decide to check it out, is that you can easily search for specific subjects.

While in Florida, friends took us to Manatee Park to see manatees enjoying the warm waters coming from a hydro plant near Fort Myers. Apparently, when the waters in the Gulf of Mexico are cooler, the manatees swim up river to take advantage of the warmer water. We were told that they have to swim nearly 20 miles to eat the grasses that make up their diet. There was one reed of grass floating in the water and a manatee started to eat it. Almost immediately others swam in and gathered around the one that was eating (see the fisrt photo). Shortly afterwards, the group broke up again. I assume they could hear the chewing and decided to investigate. Since it was so cold in Southwest Florida, I guess thay hadn't eaten for a while.

I have watched programs on TV, but these were the first manatees I had seen in the wild. They were interesting to watch, but unless they were swimming or coming up to breathe, they looked like big brown lumps in the water. It is easy to see why they get hit by the propellers of boats.

The lookout at the park was close enough to the animals that with my 70-300 mm lens, I could zoom in to capture images of their nostrils as they broke the surface for quick breaths. I took approximately 250 photos of these interesting mammals while at Manatee Park.

Photos of the Day are for sale as stock photographs
and photographic enlargements.
They can also be purchased as slide shows
and/or wallpapers/screensavers.
at January 01, 2011