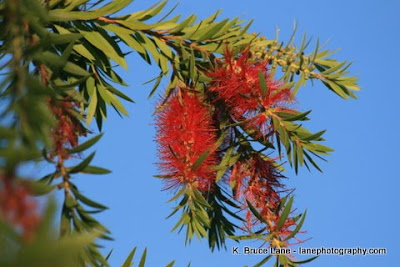 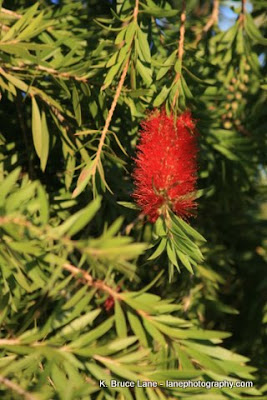 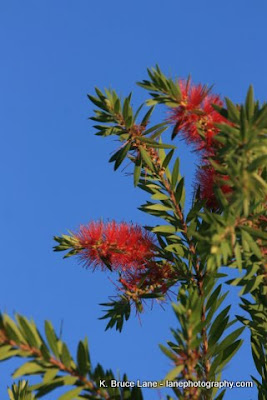 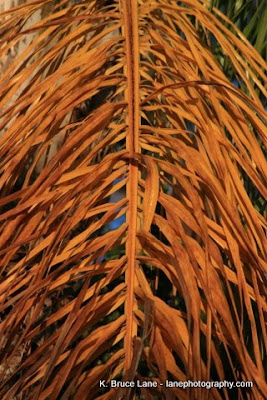 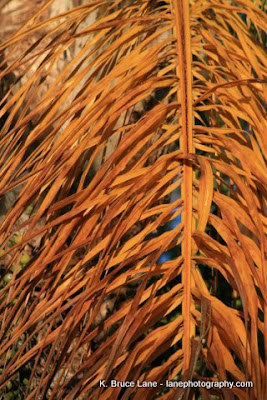 This is the last Photo of the Day for 2010 and tomorrow marks the beginning of my eight year of sending daily photos to people around the world. I started it as a way of sharing images with close relatives, but now over 750 people view my photos every day. I look forward to sharing lots of photos with you in 2011.

I don't plan to share photos of Florida for a long time, but have several themes already chosen for the next week or so. After that I will probably return to photos of Newfoundland and Labrador, then share Florida images again later in the winter.

Today I chose more images of trees taken in Belle Villa, just after the sun rose during my second morning photo shoot. The bottle brush plant was in bloom with many red flowers that look like old fashioned bottle brushes. I liked the red and green colours of the plant against the blue sky. I liked the colour, shapes and textures of dead palm leaves on a tree near the road. The reddish-orange colours were exaggerated by the early morning light. In this image I chose to centre the leaf, but uploaded a different composition to my Blog.

Photos of the Day are for sale as stock photographs
and photographic enlargements.
They can also be purchased as slide shows
and/or wallpapers/screensavers.
at December 31, 2010