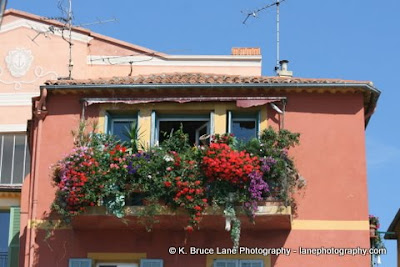 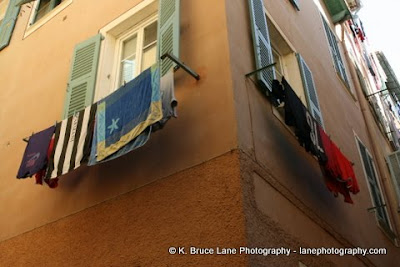 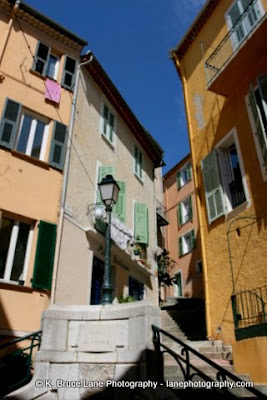 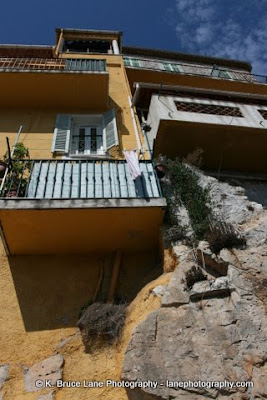 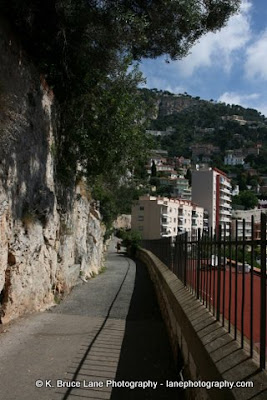 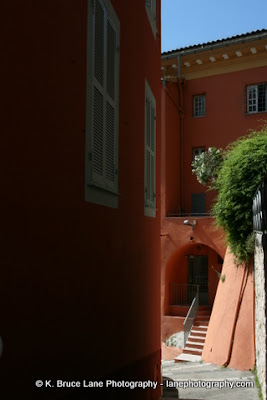 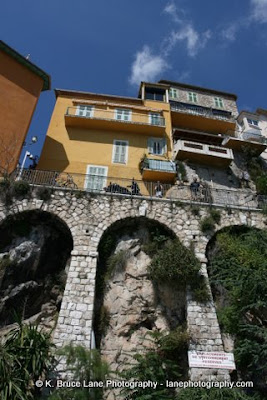 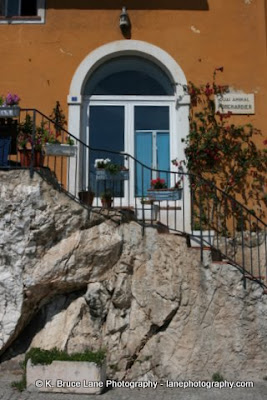 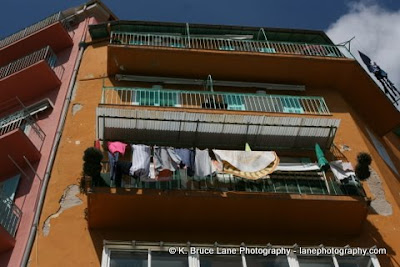 As I walked through the streets of the historical Old Town in Villefranche I wondered what it was like years ago before tourism and the modern age. Beautiful weather would be enough for people to settle there, but the Greeks and Romans also used the deep harbour as a port. There are remnants of Roman walls along the shoreline of the city.

The streets are narrow with stairways leading up and down the steep hills. I liked the bright colours of the buildings, the windows and doors. I saw many windows with clothes hung out to dry and since I often make photos of clotheslines, I made many photos of them in Villefranche as well as the other places I visited in Europe. Most windows had shutters which I imagine were used to keep out the sunlight and heat. Some buildings are even built into the sides of the mountains.

Photos of the Day are for sale as stock photographs
and photographic enlargements.
They can also be purchased as slide shows
and/or wallpapers/screensavers.
at July 08, 2011