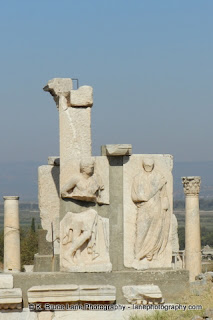 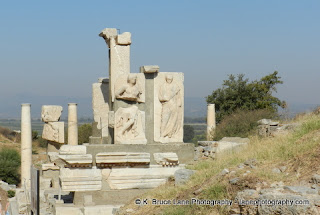 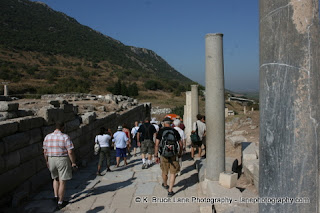 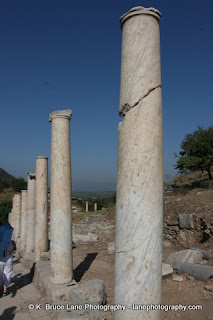 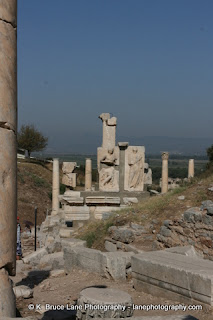 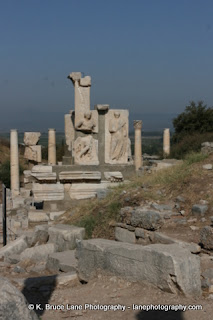 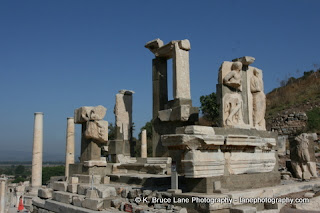 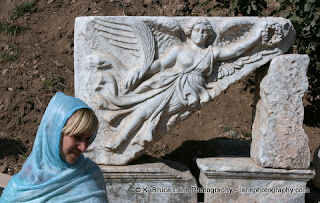 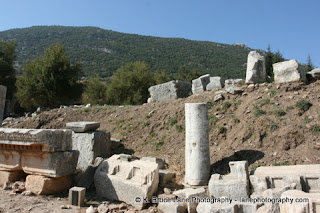 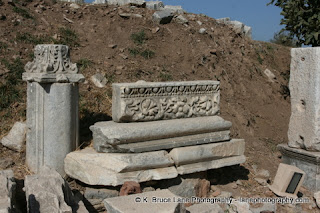 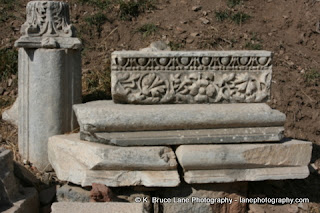 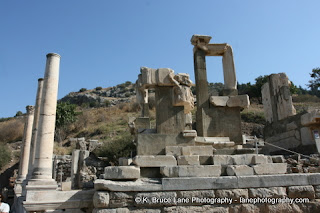 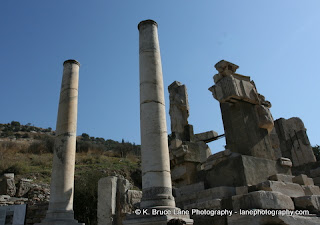 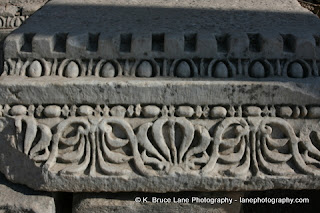 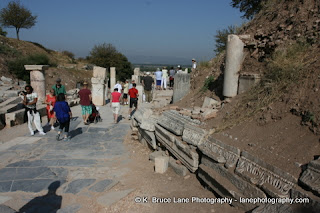 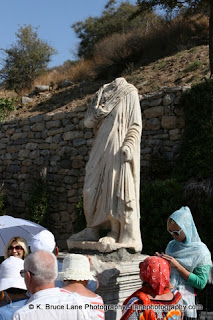 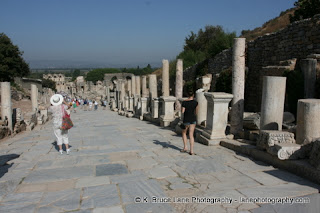 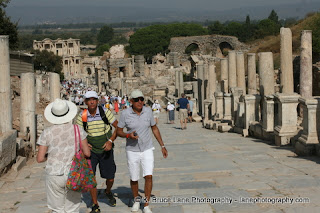 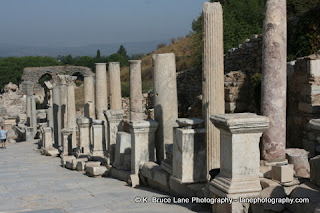 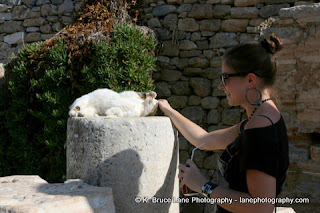 Ephesus, Turkey 3
The three photos I am sharing on the email version of my Photo of the Day show people exploring the ancient city of Ephesus. I've uploaded 20 travel photos of the city to my Blog version, most of which show views of the ruins. If you check my Blog daily, you will see the art work on the columns and other pieces of stone that were carved by artisans over 2000 years ago.

You can see a crowd walking down a road that leads to the main part of the city. Apparently there were shops all along the road when the city was in its heyday. According to our guide, Cleopatra used to come to this city for vacations and even sent her sister here to live because she was worried about her trying to take over Egypt. It was interesting to walk on the roads that chariots had travelled thousands of years ago.

One of the photos show a young woman petting a cat that was sunning itself on a piece of column. In Turkey, cats seem to be revered because there were many of them everywhere we went - even in the towns we visited. It appeared that they were wild cats that seemed to live without harassment from the locals.
Newfoundland and Labrador
Link of the Day
English Harbour West 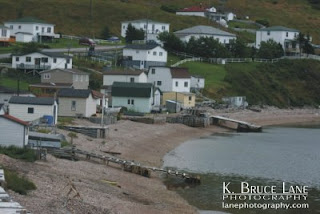