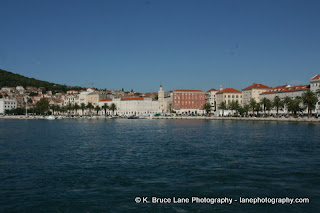 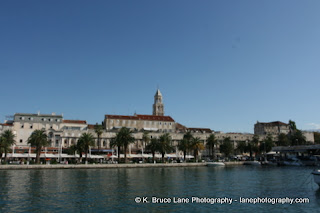 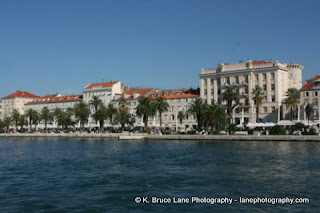 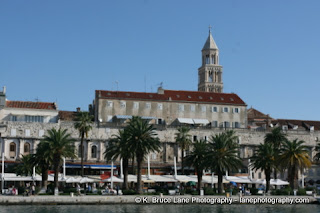 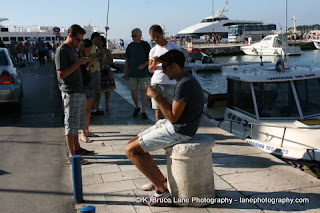 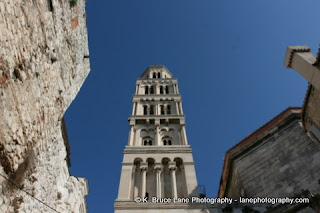 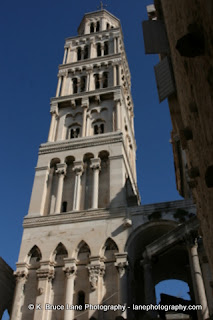 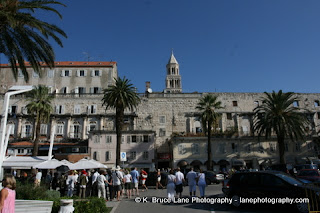 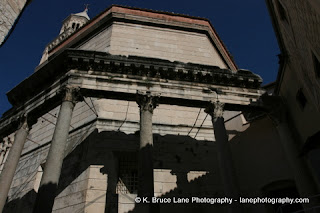 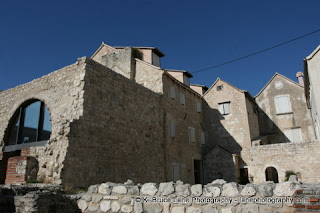 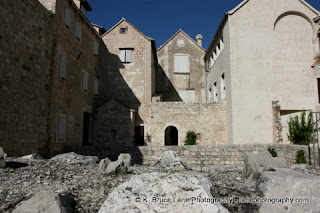 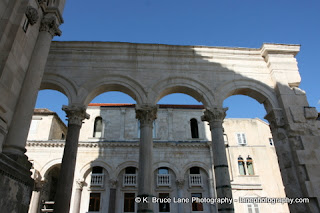 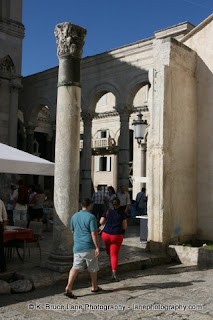 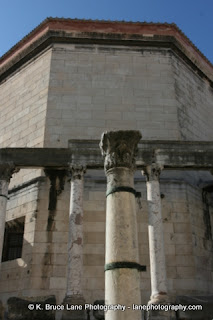 Our last port of call before returning to Venice was Split, Croatia, a very interesting city that really catered to tourists. I was amazed at how the Old Town was built around the Roman ruins. Yes, the Romans were here too! They were everywhere in the Mediterranean and the rest of Europe.

As you view the photos I plan to share over the next few days, look for the mingling of the old and new and how the old has been preserved rather than torn down and replaced. Another thing to look for are the cafés - like the rest of the places we visited, wherever there is room to sit, people can order food or drink.

We were tendered ashore in this beautiful city and I made several photos as we approached the dock. I saw a group of people waiting for a tour boat and 4 of the 7 were using their phones - not talking, but texting or checking the Internet. I found this interesting because I am considering upgrading my old flip phone but don't want to get addicted to a smart phone, like so many others seem to be.


Newfoundland and Labrador
Link of the Day
Harbour Grace 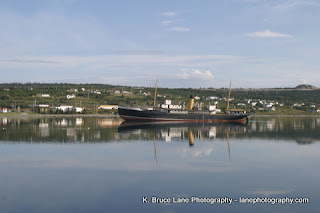