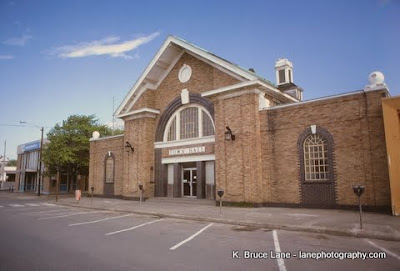 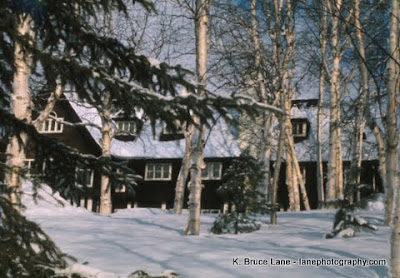 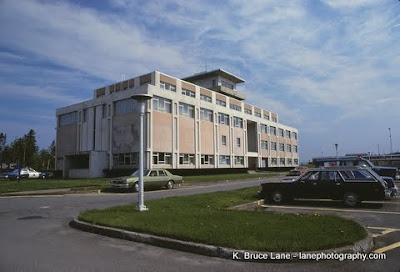 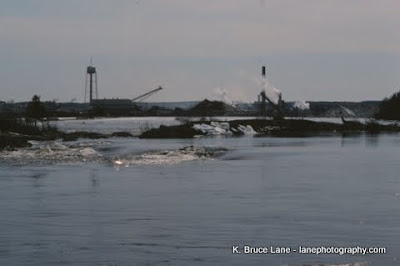 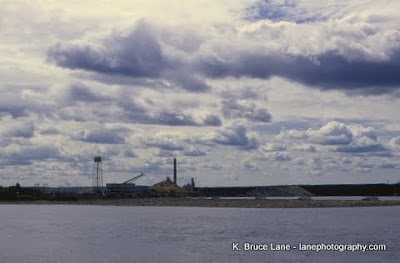 The first photo shows the Town Hall, and residents of the town will notice quite a few changes to this area. When I was a young boy this building was a movie theatre, but the owner built a more modern one in the late 50s and this building became the Town Hall. Last year the Town did some major work in this area in an attempt to rejuvenate the downtown.

The second photo shows the Grand Falls House which was owned by the paper company. I believe the managers of the paper mill, once the main employer, used to live there but it later became a place where visiting dignitaries stayed. I was the official photographer for a function there one time, but shot b & w film and do not have the negatives scanned. I was given a tour and would love to photograph the inside of this building. A couple of years ago the paper company closed the mill and this building may now belong to the town.

The Provincial Building houses many provincial government offices. There are probably not many changes to this area but you can see that the cars were much bigger in those days. The RCMP car on the far left is blue and white whereas these days they are white. I used to try to make images without vehicles because the photo would be "dated" but a history professor at university encourraged me to do exactly that because it would have more historic value.

The paper mill shown in the last two photos were taken in the late 70s. If you wish to see more photos of Grand-Falls-Windsor feel free to visit: http://www.lanephotography.com/central/grand_falls/grand_falls_windsor_01.htm

Photos of the Day are for sale as stock photographs
and photographic enlargements.
They can also be purchased as slide shows
and/or wallpapers/screensavers.
at March 24, 2011