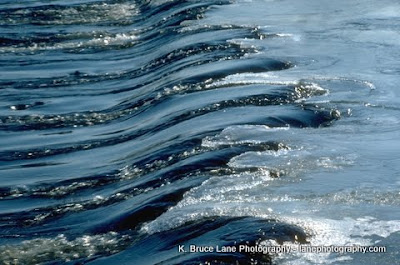 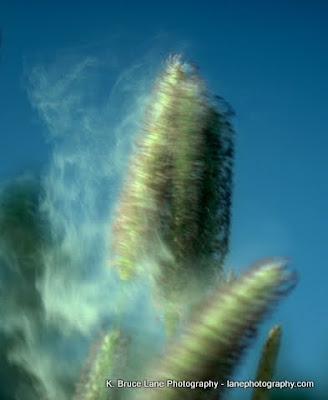 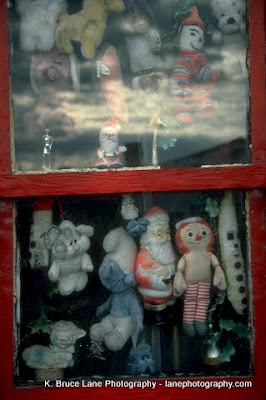 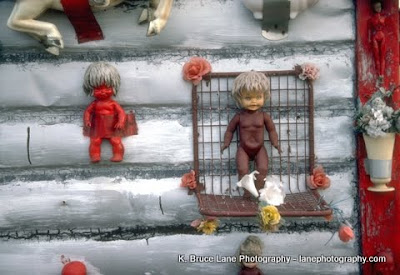 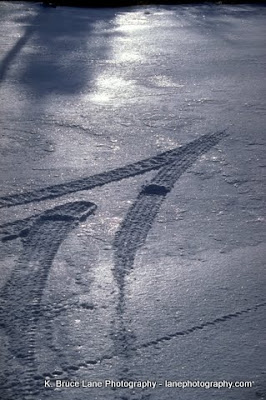 It's been 14 months since I last did an alphabetical theme, and since I am searching through old photos that were scanned from slides, I thought I would try an alphabetical theme using those images. I may have to use digitals for some letters, but since many of you enjoy that particular theme, I didn't think it would matter much. I chose abstract photos to illustrate the letter A.

I have always liked the shapes and textures of the ice and water in the first photo. It was taken in the mid-70s at Goodyear's Dam on the Exploits River. I walked to the area on an old trail that I hadn't taken since I was a young teenager and found the dam without too much trouble and took at least one roll of slides of the ice and water. This was one of my favourite images from that day.

The second image shows pollen being shaken from reeds of timothy grasses in my yard in Holyrood. I was making photographs in my back yard and noticed yellow pollen all over the grasses. I shook one reed gently and noticed the pollen in the air. I grabbed a few reeds gently, focused on them, then shook the reeds as I pressed the shutter When I got the slides back (nearly 3 weeks later) I liked that photo even though the grasses were out of focus because it gives an idea of how much pollen is produced by these grasses.

The third photo is actually a little weird. To be honest, I was creeped out by the idea of decorating the entire outside of a house and every window with dolls. As you can see, some dolls were painted. I took several images but have not scanned them all yet. When I do, I will share more, but for now I share this one and another that I uploaded to my Blog today.

The tire tracks in winter makes an interesting image. Remember - Everything's a Picture.

Photos of the Day are for sale as stock photographs
and photographic enlargements.
They can also be purchased as slide shows
and/or wallpapers/screensavers.
at March 18, 2011