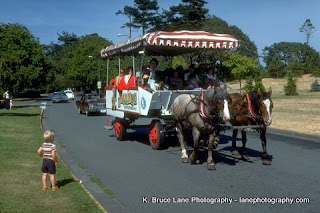 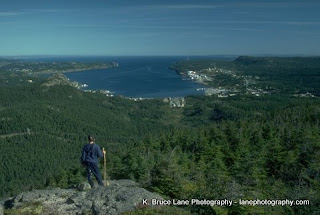 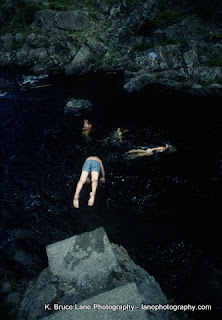 Yesterday I mentioned Henri Cartier-Bresson and the Decisive Moment. The quote below is from Wikipedia.
"Photography is not like painting," Cartier-Bresson told the Washington Post in 1957. "There is a creative fraction of a second when you are taking a picture. Your eye must see a composition or an expression that life itself offers you, and you must know with intuition when to click the camera. That is the moment the photographer is creative," he said. "Oop! The Moment! Once you miss it, it is gone forever."[3]
The three photos today can be used to illustrate this concept. In the first photo, I saw my son Mark watching a horse-drawn cart approaching so I focused on him and waited for the cart to get closer. I chose to "click the camera" when the horses were directly across from him. If I had waited, the horses would have walked out of the scene and I would have been missed the image I wanted . Do you think it would be as good if part of the horses were out of the frame? If I had taken the picture earlier, there would have been more of the background in the final photo making the horse and cart less dominant.
The second photo was taken on top of the mountains about a mile from my house. My son David had accompanied me on that hike and when he stopped to take in the magnificent view, I composed the image and shot quickly. If he had turned around or looked sideways the image would have been much different. I wanted him looking towards the town of Holyrood in the distance.
I watched several people jumping and diving into the river near Point Leamington in Central Newfoundland. I climbed up on the rocks to capture an image that showed action. Just as the young boy dived, I made the image. A second earlier and he would have been too close to the rocks; a second later he would have been in the water and I would have missed the image I wanted to make.
After 40 years of making photographs, I compose and shoot intuitively rather than analyzing the situation, then shooting. As a result of my experiences, the creative process has become automatic. My advice to the budding photographers on this list is to shoot lots, capture the images you are trying to make, then analyze your images afterwards. As well, study other people's photographs to see what they have captured and why they are successful.