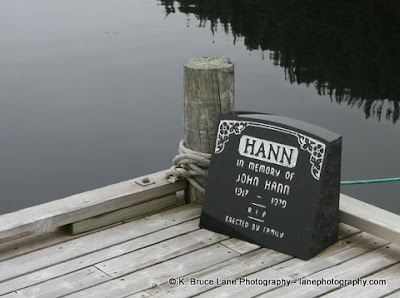 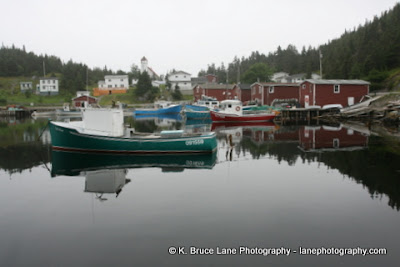 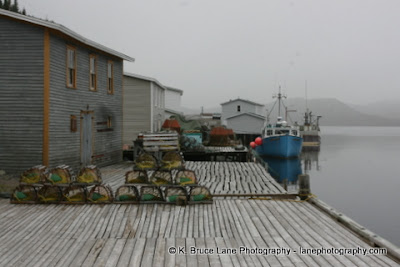 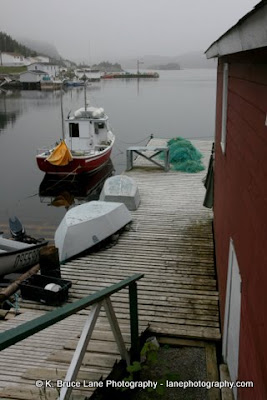 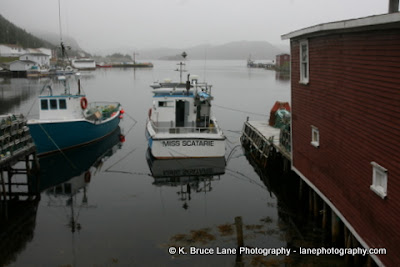 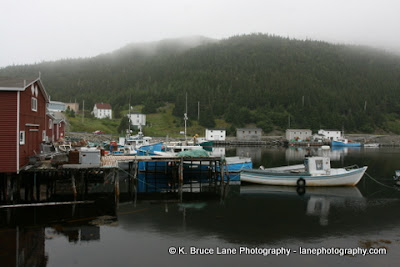 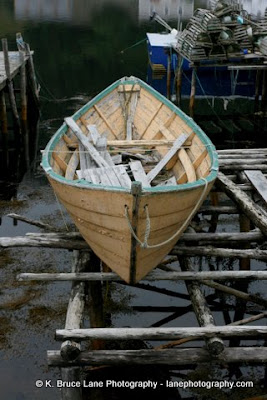 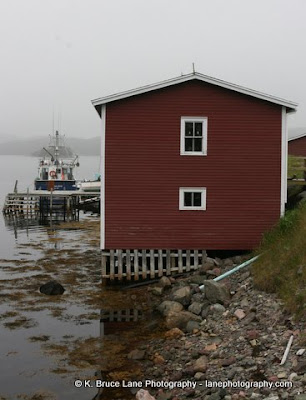 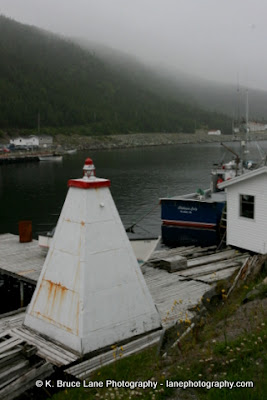 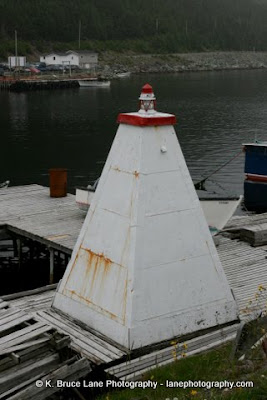 Today's photos were also taken in the town of Petite Forte on the Burin Peninsula. I wasn't sure of the significance of the headstone on the corner of one of the fishing stages. Maybe the person died at sea ... ? This was the first time I had ever seen a grave marker on a fishing stage.

When I saw the yellow dory sitting on a poorly maintained stage, I was disappointed because of the wood in the boat and the condition of the stage. When I looked at it later I liked the image for a couple of reasons. First, the dory has hasn't been freshly painted, like many I see around our province and the fact that it is filled with old wood indicates it probably hasn't been used for a while. The poor condition of the stage also add interest to the image. This could be used as an analogy of the present state of the fishery in Newfoundland and Labrador.

In contrast, the stages in the other images are very well-maintained and the boats more modern.

Photos of the Day are for sale as stock photographs
and photographic enlargements.
They can also be purchased as slide shows
and/or wallpapers/screensavers.
at October 09, 2011