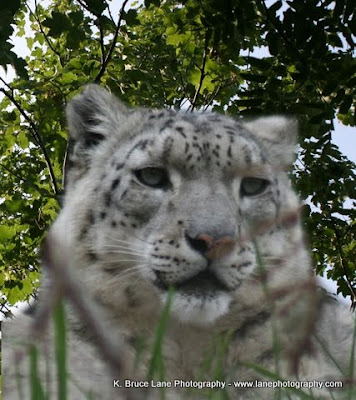 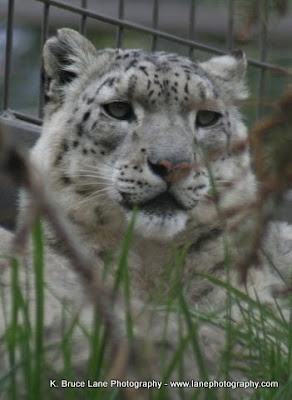 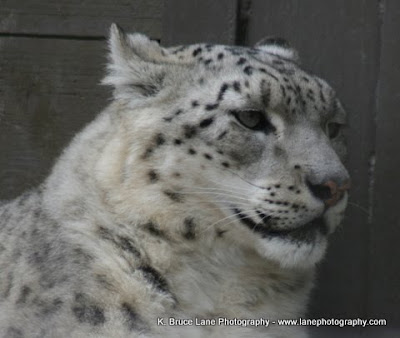 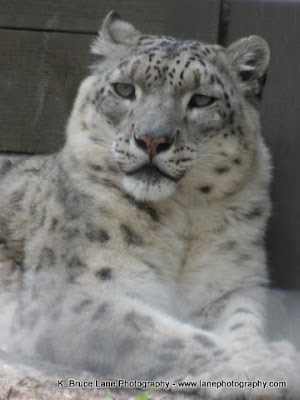 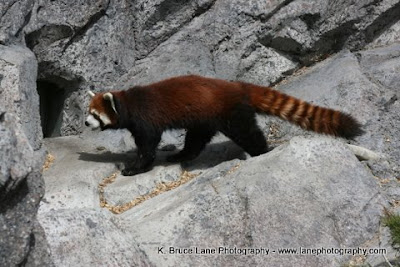 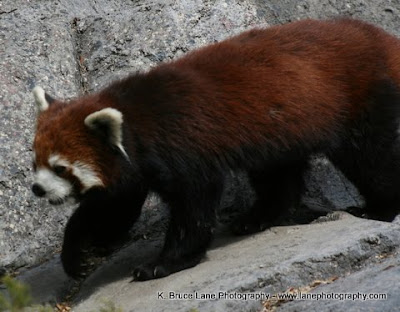 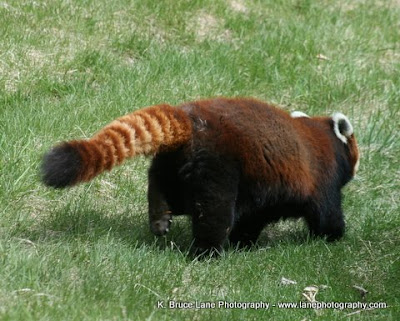 I haven't shared any animal photos from the Calgary Zoo since June, 2010 so I thought I'd share a few more over the next couple of days. Because of safety concerns for the animals and visitors to zoos, the animals are kept in enclosures which make it difficult to capture good images. However, if you use a telephoto lens and get as close to the enclosure as possible, you may get rid of the wires of a mesh fence or reflections off a glass enclosure.

The snow leopard in the first photo was behind a wire mesh fence but it isn't visible in the image. I took out the background and added the maple tree to make it look more like it was taken in the wild. The second photo shows the background I removed.he third photo shows a red panda walking across rocks in its enclosure. The other photos I uploaded to my Blog show different views of this interesting animal, which paced back and forth constantly while I visited its enclosure.

Photos of the Day are for sale as stock photographs
and photographic enlargements.
They can also be purchased as slide shows
and/or wallpapers/screensavers.
at February 17, 2011