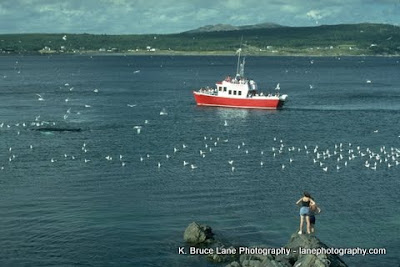 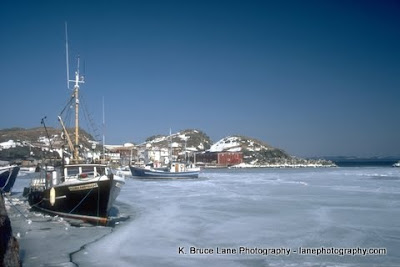 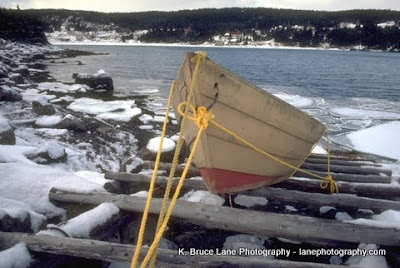 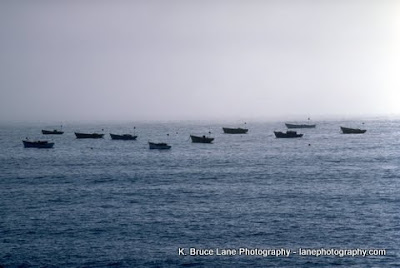 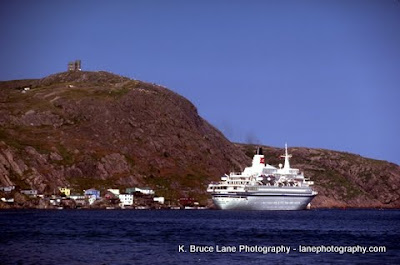 Today I am returning to series showing images of boats that were originally taken using Kodachrome slide film.

The first shows a tour boat following a humpback whale in Witless Bay. You can see the people on the shore who were also watching the whale. The second photo shows a few boats in Port de Grave harbour. People familiar with the area will notice a red building in the background that is no longer there. As well, the entrance to the harbour (to the far right) no longer exists. That whole area was filled in with huge boulders several years ago. As well, the small boats in the harbour have been replaced by much larger boats. The third photo shows a small dorey pulled up on a wooden slipway in Holyrood. The fog was just lifting off the boats moored off St. Shott's when I made the fourth image in the mid-80s. Royal Viking Sky, the cruise ship sailing out of the harbour in 1981, was among the first cruise ships to visit St. John's.

Photos of the Day are for sale as stock photographs
and photographic enlargements.
They can also be purchased as slide shows
and/or wallpapers/screensavers.
at February 27, 2011