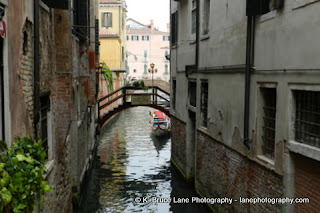 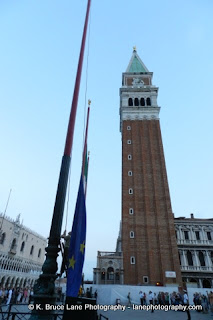 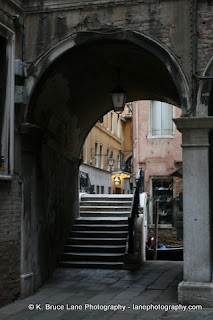 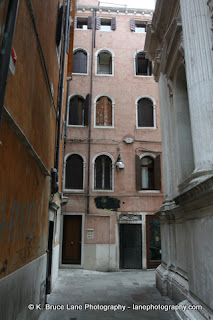 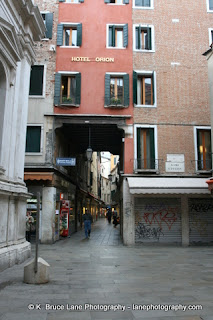 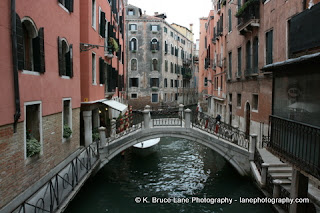 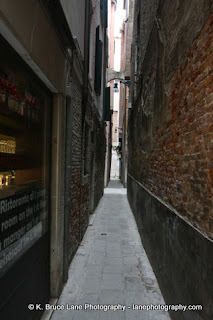 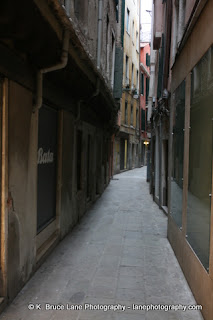 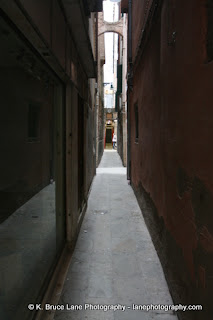 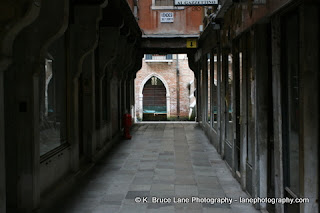 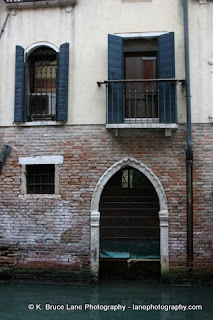 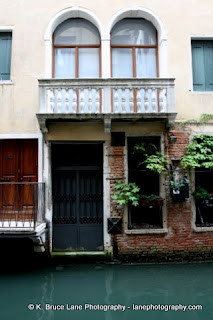 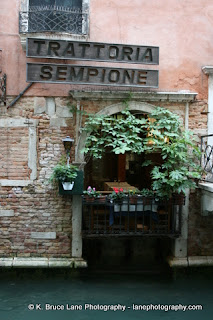 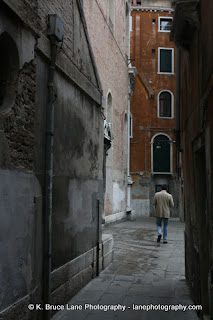 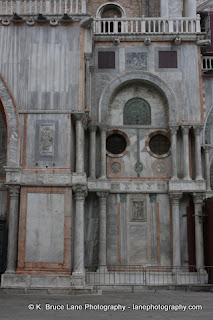 For the next few days I plan to share general scenes of Venice: canals, narrow streets, buildings, etc. If you walk away from the main streets, you find yourself on deserted roads and narrow alleyways. Even some of the canals seem quieter. To be honest, I really enjoyed being away from the crowds because it allowed me to take my time and not worry about being in someone's way, or having people walk into a scene while I was making photographs.

Knowing that people have walked the narrow streets for nearly two thousand years certainly gave me a sense of history. The architecture is more than interesting and I enjoyed making photographs of the buildings with different styles of windows and doors. I often wondered why the early settlers decided to build on islands instead of on the land nearby. I suspect that fishermen built dwellings so they would be near the fish stocks and as the population grew, they built bigger buildings. Eventually the area known as Venezia grew into a large, powerful and rich city. 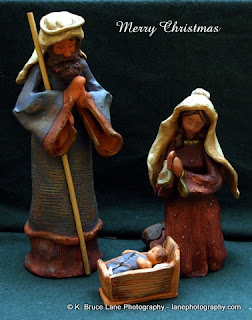