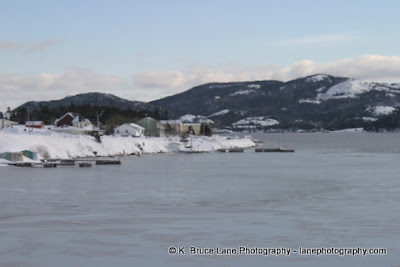 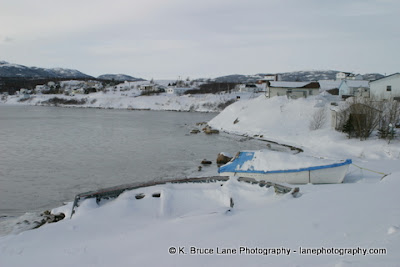 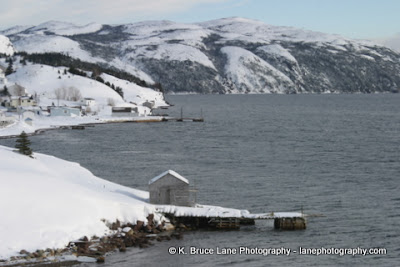 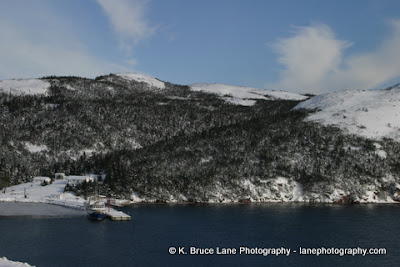 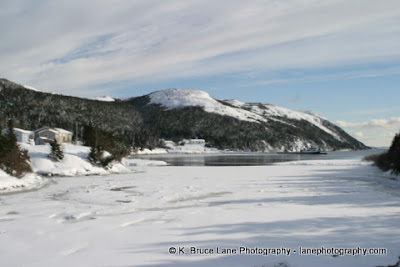 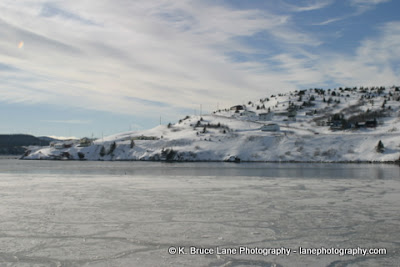 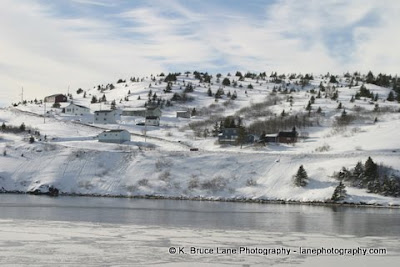 These are the first winter scenes thus far in the current Communities of Newfoundland and Labrador series. We've had a bit of snow (around 6-8") in the past couple of days and it's looking like winter outside. On January 31, 2004 I drove through the town of Sunnyside, located in Trinity Bay. and photographed a few nice winter scenes that may look much like the town looks like after our recent snowfall. Even though the weather can be harsh here this time of the year, you can still find peaceful scenes that help illustrate our peoples' relationship to the land and the sea.

The Beothuck, the native people on the island of Newfoundland, had a settlement in this area and the first recorded meeting between the English and the Beothuck took place in Sunnyside, then called Truce Cove. I can't imagine the living conditions there 500 years ago. In winter they may have moved into the more central and wooded part of the island where there would be caribou and other game animals that provided food and clothing. It would have been, and still would be, an extremely tough life here without modern day conveniences such as electricity.

Photos of the Day are for sale as stock photographs
and photographic enlargements.
They can also be purchased as slide shows
and/or wallpapers/screensavers.
at January 22, 2012