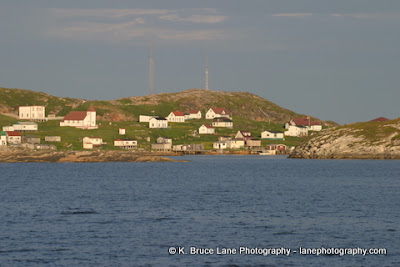 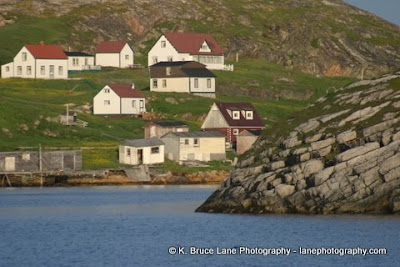 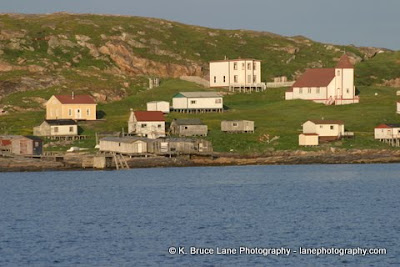 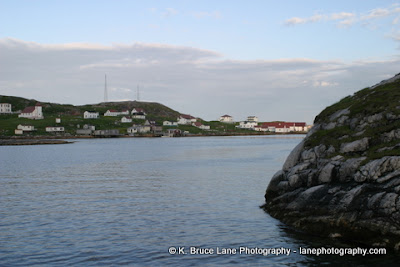 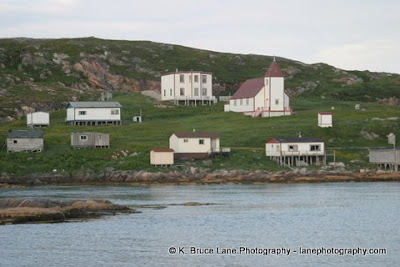 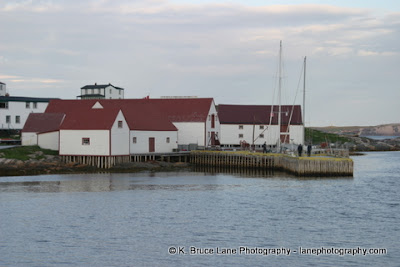 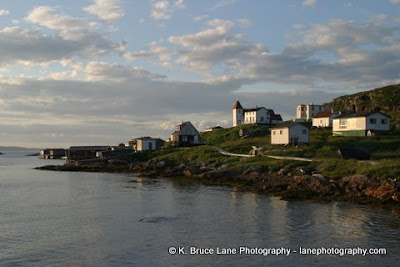 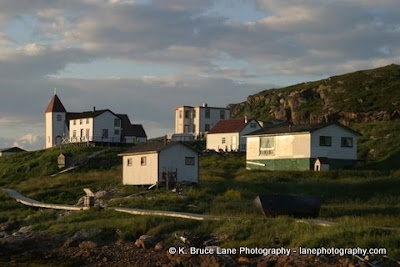 Battle Harbour is located on an island off the southeast coast of Southern Labrador. Years ago, fishermen from the island of Newfoundland went to Battle Harbour and stayed throughout the fishing season then returned home for the winter. The town was abandoned after the downturn in the fishing industry. In recent years the buildings in the town have been rebuilt and the town is open for tourists during the summer months.

Today's photos were taken in July, 2004 as we approached the town after an hour's boat ride from Mary's Harbour. As you can see from the photos, the sun was low in the sky as we arrived. After the sun set, we were treated to a wonderful display of the Northern Lights (aurora Borealis) and we stayed up late into the night making photos of the wonderful display.

I spent 24 hours on the island and took over 2000 photos from which I created a CD with eight slide shows that will give you a good idea of what the town is like during the summer. This CD normally sells for $24.95 but I am offering it to members of my Photo of the Day list for $10 + shipping and handling. If you order, make sure you state that you are a member of my list in order to get the 60% discount. To find out more about this CD visit: http://www.lanephotography.com/photo_products/products/battle_harbour_cd.htm

Photos of the Day are for sale as stock photographs
and photographic enlargements.
They can also be purchased as slide shows
and/or wallpapers/screensavers.
at January 16, 2012