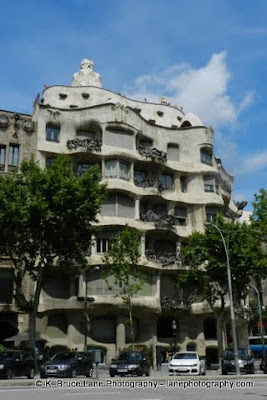 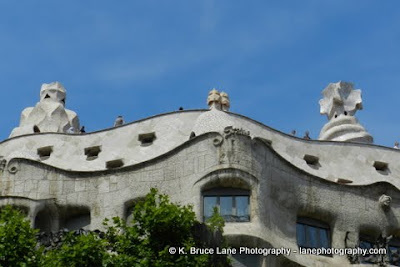 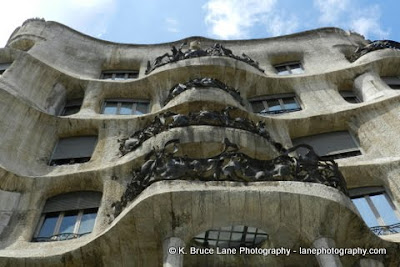 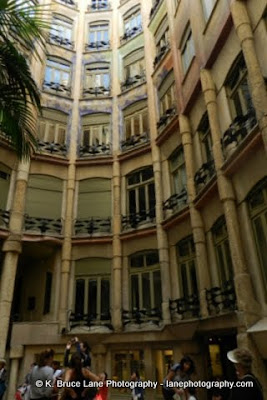 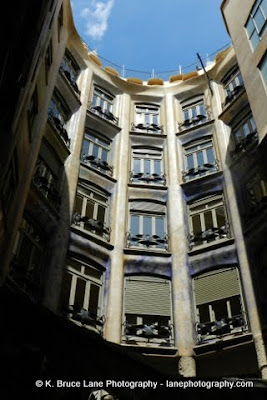 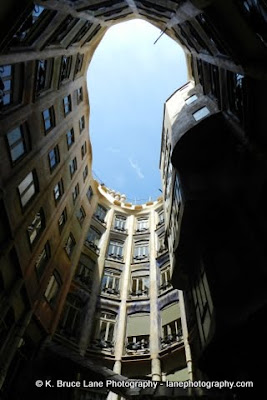 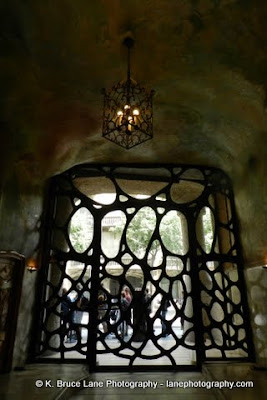 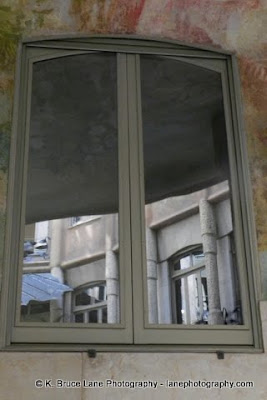 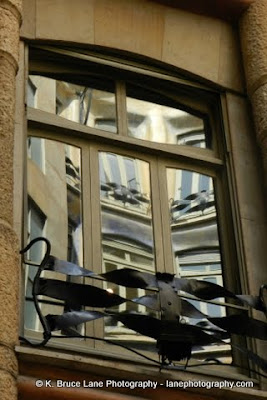 On the second full day in Barcelona we planned to visit four locations designed by Antonio Gaudi, but only managed to get to three of them. It was a beautiful, sunny and hot day and we were fortunate to get a seat on the open top of the Hop-on Hop-off tour bus which gave us a nice view of the city as we drove. I was able to make photos of the architecture when we stopped at traffic lights or were held up in traffic.

For the next couple of mornings I will share photos of La Pedrera, also known as Casa Milà, which was finished in 1912. If interested you can find lots of information about the building on the Internet.

As you can see from the first two photos, the outside has a unique design with many curved shapes. After paying admission, I found that the inside of the building is open to the elements. This was certainly a challenge to photograph, especially with a new camera. The scene was very contrasty with bright areas lit by the sun and dark areas in shade. I decided to focus near the top of the building in order to ensure a blue sky. There were lots of reflections from the widows to add fill light which added a little light to the shaded areas.

Visitors also go to the roof of the building for a view of the city as well as the unique ventilation towers which will be the subject of tomorrow's photos.

Photos of the Day are for sale as stock photographs
and photographic enlargements.
They can also be purchased as slide shows
and/or wallpapers/screensavers.
at June 30, 2011