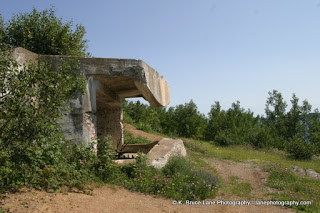 Gun Battery- Phillips Head
I visited this location in 2006 and photographed most of the rooms and a few outside shots. It is a shame that this is left to rot ....

Here is a quote from Wikipedia,
"Located within the community are the remains of an old World War II gun battery and shelter, sans artillery, as well as an old watch tower and fuel tank.
The artillery station constructed at Phillip's Head was elaborate in scope. It boasted a three-storey lookout tower and a 700-foot underground passage that connected 11 rooms filled with ammunition, secret documents and supplies. The entire station was surrounded by barbed wire fencing and fitted with drain pipes intended to flood the facility in the event of enemy invasion. Booby traps were also set up along the underground passage and two hidden escape hatches were installed."

Photos of the Day are for sale as:
You can view more of my photos on my website and Facebook Pages:
at January 06, 2020

Trout River Trout River is a beautiful little town surrounded by the beauty of Gros Morne National Park.  A river runs through the town and ... 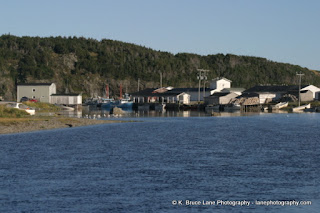