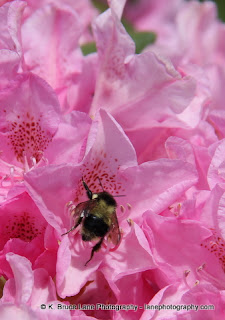 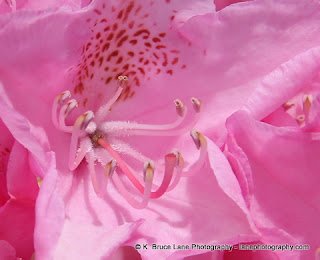 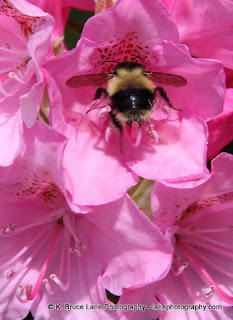 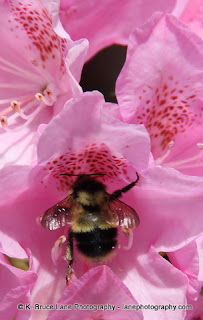 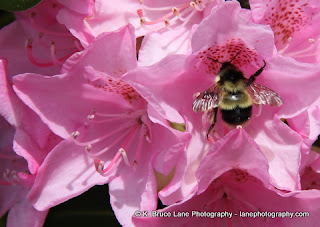 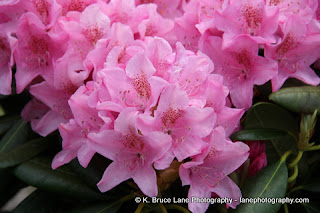 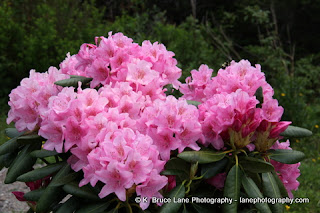 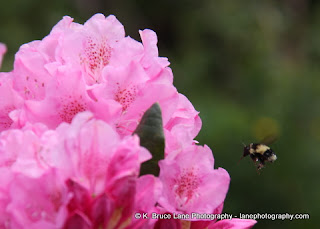 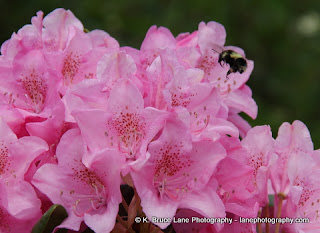 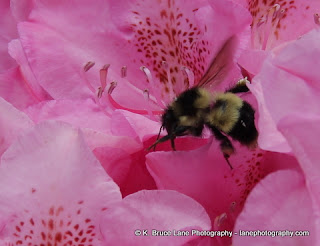 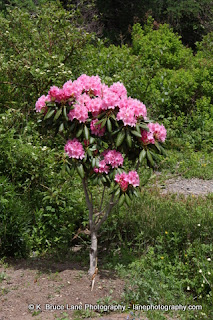 One of my  rhododendrons is in full bloom and today I am sharing 12 photos taken on July 1, 2015. Somebody has asked why it is such a strange shape so I will share a story with you.
My wife bought this plant nearly 15 years ago and I planted it in the yard of my old house. My son and his wife bought that house and we built a smaller one next door and moved in 8 years ago. Before we moved, someone hit that philodendron with a car and broke it in half. It was only around 2 feet high then.

In early spring of 2012, my son built a playground for his 2 kids and the rhododendron was taken out of the ground and laid on the grass with some roots exposed. It was moved a couple of times, but never replanted. It was nearly 14 months later that I decided to plant it in my yard. I dug a hole, filled it with soil and compost and planted it with the intention of digging it out the next year if it didn't grow. I was pleased and surprised that it did grow and now, just 2 years later it has many blooms! It is a very tough plant - hit by a car and out of the ground for over a year and still living!

A few days ago I photographed the blooms with bees going from flower to flower. Recently, I watched a show about honeybees and Colony Collapse Syndrome and the expert thought that bee colonies across North America were being decimated by pesticides and a lack of natural habitat. I don't see many honeybees in Newfoundland, but we do have lots of bumble bees which play a big part in pollinating plants in this area.