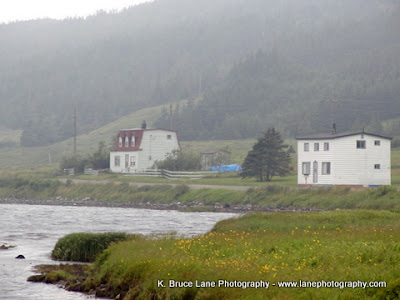 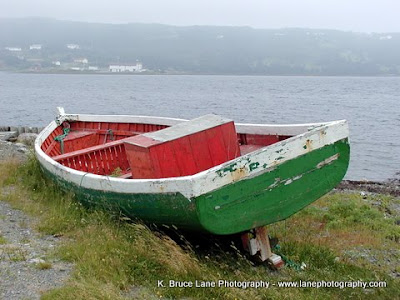 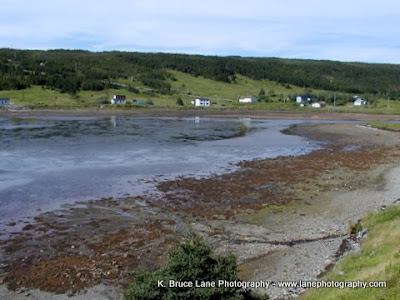 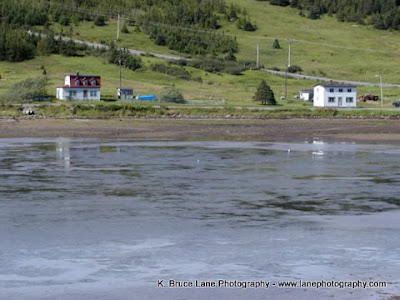 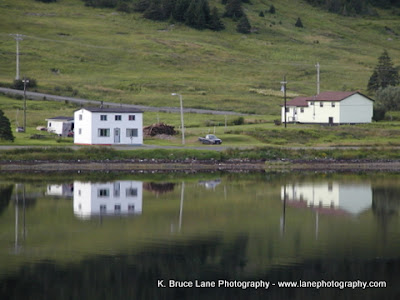 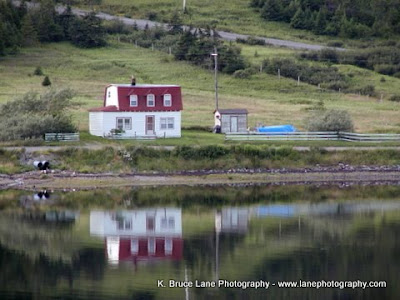 Today's photos were taken in Riverhead, St. Mary's Bay which is located along the Irish Loop on the Southern Avalon. When I reviewed the photos taken in this community I realized that I have more photos of houses than anything else. This is probably because the main road isn't really near the ocean. I chose images today that show the harbour and am saving the other images for a Houses Series later this year.

I made several photos of the colourful boat in the first image and will share them in a Boats Series later this year. I liked the colours of the boat against the foggy background through which you can barely see the other side of the harbour. The second photo was taken on a much clearer day and shows a few houses that are located near the water. The third photo is a closer view of one of the houses with a reflection in the harbour.

Photos of the Day are for sale as stock photographs
and photographic enlargements.
They can also be purchased as slide shows
and/or wallpapers/screensavers.
at February 20, 2012