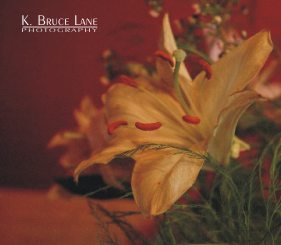 The three flower photos this morning are all from the same image which was made inside without a flash and with very little natural light. I used ISO 1600 and no tripod. The first image shows the result - fairly dull and little contrast. 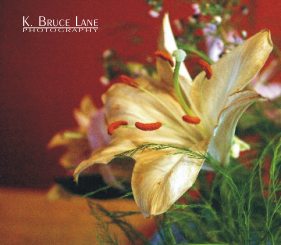 The second image was the result when I used the Auto-Equalize tool in Corel PhotoPaint. It increased the brightness and contrast improving the image. (There should be a similar tool in most photo manipulation programs.) 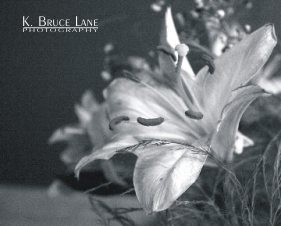 For the third photo, I converted the second one to B & W, which I really liked and am now using on my desktop. It took longer to write these comments than to create the 3 photos - once I had the idea to alter the original. 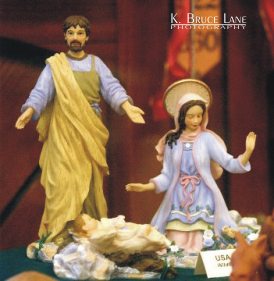 The Nativity Scene was made in the USA and is called Wildflower Nativity. It looks like it is made from ceramic, but it was behind glass so it was hard to tell for sure. It is difficult to see in the reduced photo, but there is great detail painted on the figurines in this scene.
at December 27, 2006