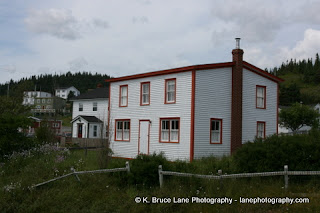 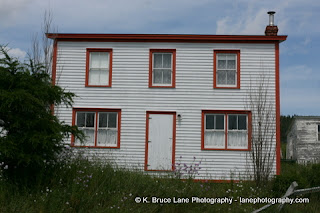 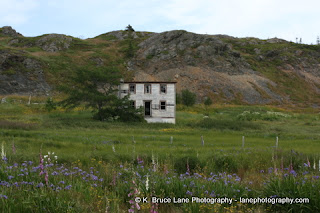 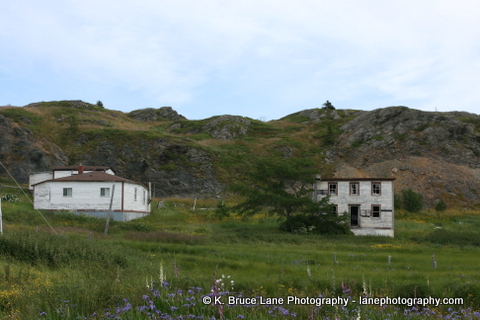 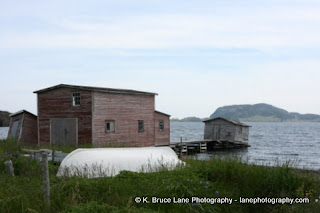 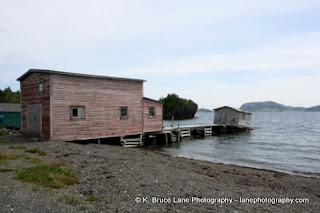 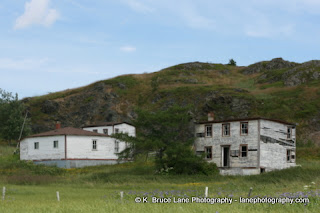 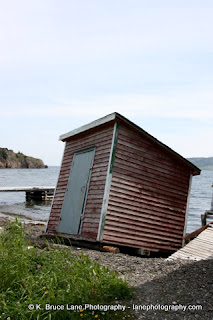 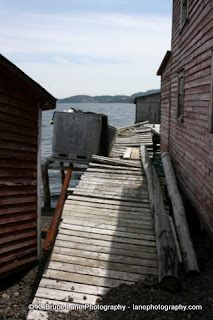 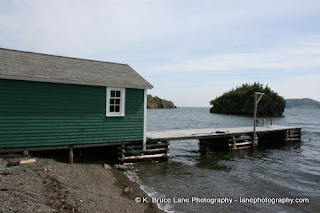 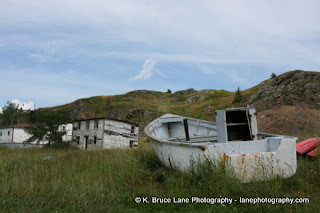 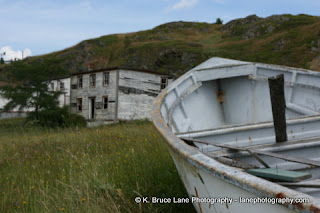 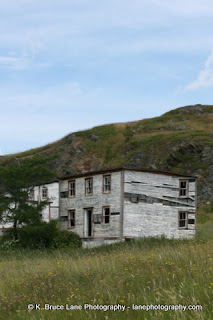 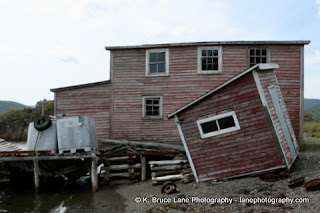 At the next spot in Trinity East there were two fishing stages and sheds.  One small shed was obviously moved off its foundation and the walkway was in rough shape.  My first thought was that it had been caused by Hurricane Igor in 2010, but again, I am not certain.

Yesterday, I went back to photos I took in the same area in August, 2008 and realized that a large building, similar in size to the one shown in today's photos, is no longer there.  I also have photos of one of the houses nearby from 2004, 2008 and 2013 and am working on a page that will show the differences in the area over nine years.  I am hoping to finish my NEW Trinity East Gallery tonight or tomorrow and will send you the link.

its fathers stage!
the wharf was pretty damaged by the hurricane but it has gotten old over the years!