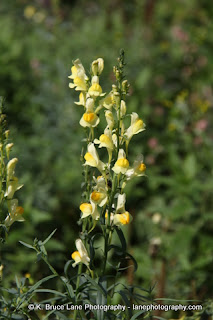 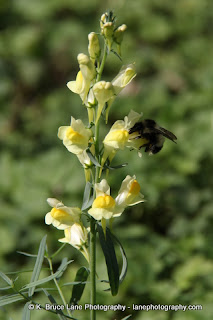 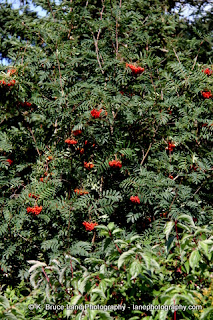 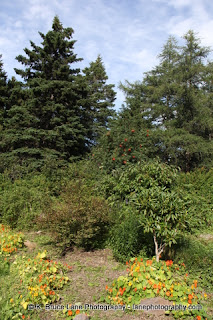 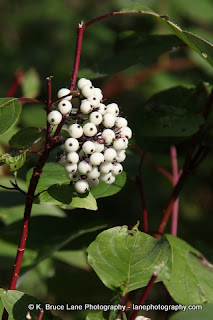 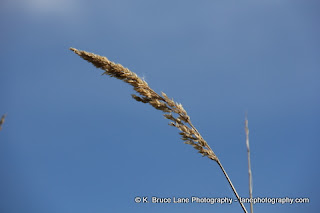 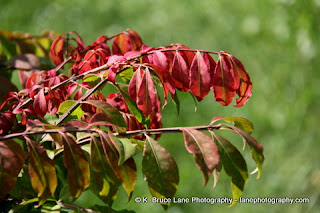 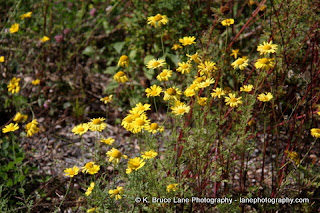 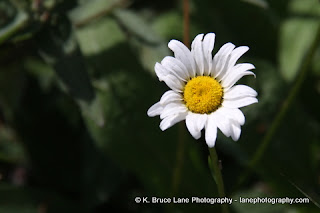 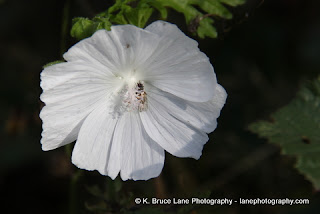 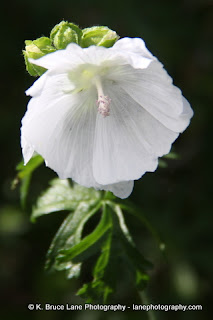 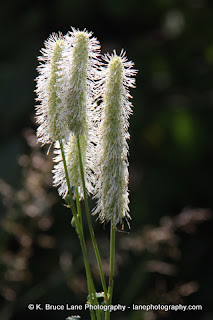 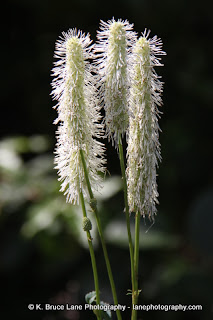 A couple of days ago I photographed several plants and flowers in my yard. We are officially in the Fall Season and it is becoming more obvious every day. However, because August and September have been warm, (it was 21°C (72°F) here yesterday), a few flowers are still blooming which is a little later than normal.

The first two photos shows "butter and eggs" flowers. There are several of them around there this year.
The white berries of the red osier dogwood are quite obvious in the bright light of mid-afternoon. Notice that the tips of the red twigs have been chewedoff. I have noticed that moose really like munching on these and there are several growing around here and all have evidence that moose have been around.

There are lots of mountain ash, locally known as dogberry trees and they have LOTS of berries this year!  According to local folklore, lots of berries means a bad winter.  However, I have been observing these plants for years and find no coorelation between the amount of fruit produced and the severity of the winter.

As usual this time of the year , the tall grasses are dying back having produced ample seeds for next year.  I have 1 burning bush that is beginning to changes to the brilliant red colour of fall.  The golden marguerite daisies will continue to bloom for a while yet.  I only saw one wild daisy in my yard and though it was small, I made a photo of it.

I think it was 5 years ago that a friend handed me a bunch of seed pods from a muck mallow plant in her yard. I just threw them around my yard and the following year several of them grew. Every fall I collect the seed pods and throw them in areas I would like to see more flowers. And, every spring I see more and more of the plants. Only a few flowers bloom this far into the year.

There are still a few Canadian burnet plants that are still blooming in late September.