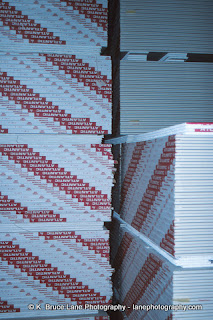 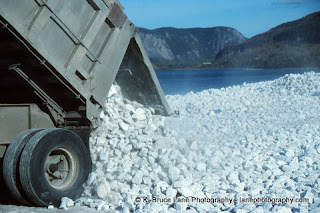 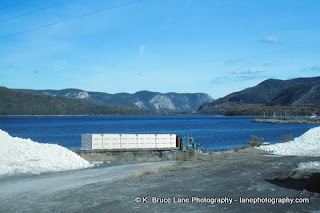 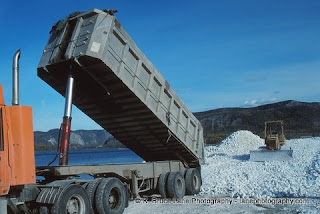 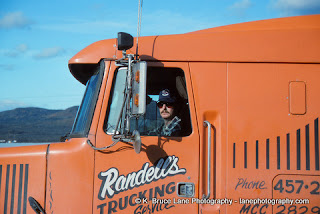 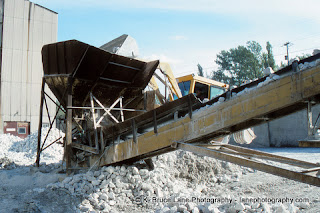 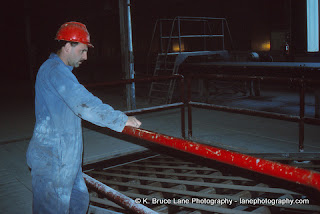 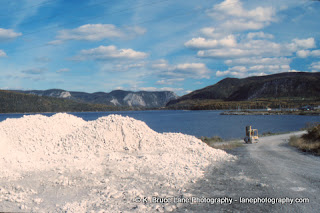 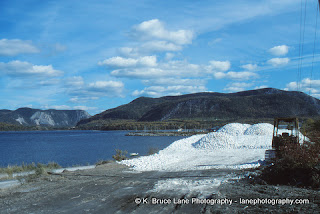 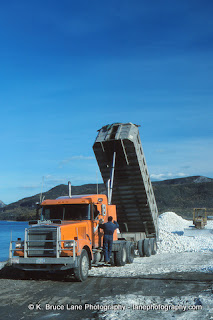 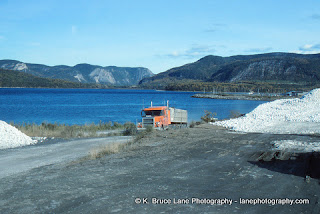 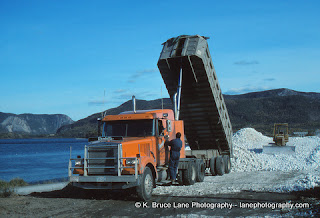 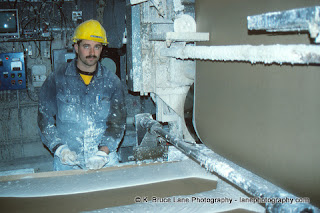 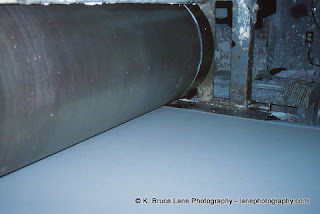 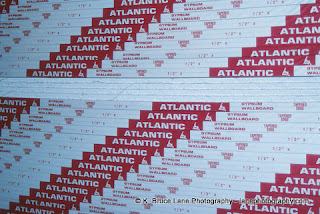 In 1993, the gypsum from Flat Bay was trucked to Atlantic Gypsum Wallboard in Corner Brook. As part of the video series on mining we wanted to show how the gypsum was processed into gyproc wall board. Today the photos show a truck dumping ore from Flat Bay, the crusher, and a few showing processing in to wall board.

This plant was owned by Atlantic Gypsum until 1999 when it was purchased by LaFarge Canada, who operated it until it closed in 2007.